The ACR Comes to Town 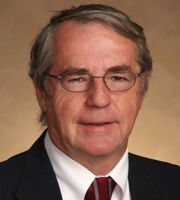 Recently at least three facilities in the Kansas City area experienced an On-Site Survey by the American College of Radiology (ACR).  These surveys are performed to comply with the MQSA regulations which require accrediting organizations to certify that the accredited facilities are actually doing what they say they are doing. Inspections such as this are performed on a random basis and are not responses to complaints or suggestions that something is wrong with the facility.  When asked how they chose the facilities the ACR Representative said “Today is Thursday, let’s go to Kansas City.”

The inspections only deal with mammography accreditation and not with any other modality.  The inspection team consisted of a radiologist, a physicist and a representative of the American College of Radiology.  Each team member had a specific set of responsibilities.  The radiologist reviewed a number of patient studies, looking at technique, positioning, image quality and the diagnostic report for each patient.  The physicist reviewed the past two physics inspection reports and the technologist quality control records. He looked at 5 phantom images from the technologist’s past QC weekly tests and compared his evaluations with the recorded technologist evaluations.  He also made one phototimed phantom exposure of his own using the facility’s mammography phantom with a dosimeter attached.  The ACR representative reviewed paperwork. She looked at all of the qualification records for all of the personnel, including the facility’s physicist.  She asked to see initial qualifications, continuing education, continuing experience and 8 hours training in new modalities (digital) for everyone.

In the “Validation On-Site Survey Notice”, i.e., the letter saying they were going to visit, the facility was encourage to invite their physicist, service engineer or anyone else interested,  to be present.  At the completion of the survey an exit interview was held with all of the interested personnel from the facility.  Each of the survey team members went over their findings and in some instances made suggestions for what they saw as possible improvements.  A preliminary one or two sentence written summary from each team member was given to the facility.  A follow-up official summary is to be sent later.

Over all the survey team was very efficient, well organized and pleasant to deal with. Their suggestions made for improvement were reasonable and are being considered. The entire survey took about two hours.

Just one additional note.  The introductory letter informing the facility about the impending visit stated that the survey team could look at other modalities during the visit. However, when questioned about this they stated that they were only interested mammography.